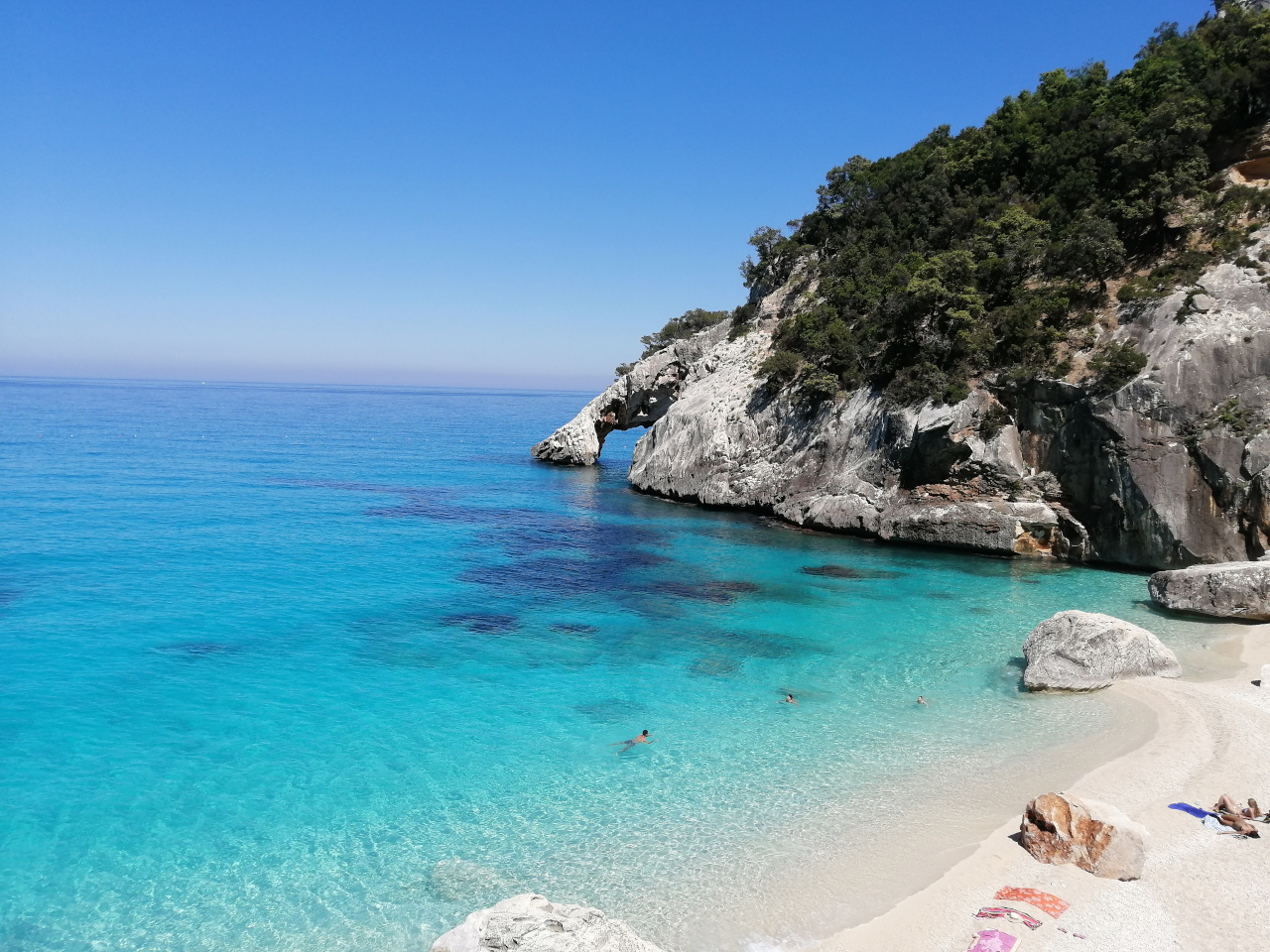 The geological aspect of Sardinia, formed above all by schist, granite, limestone and volcanic trachyte, has determined the variety of coasts.

We pass quickly from a high coast with cliffs on the sea to a coast with “rias”, full of bays and promontories that delimit wonderful beaches.

The coast with cliffs can be formed by the schist of the Cambrian period, as in Nebida Masua in the south west of the island, or formed by limestone of the Cretaceous or Jurassic period in the high cliffs of Capo Caccia and Punta Cristallo, near Alghero or in the rugged and wild coast of Golfo di Orosei, between Cala Gonone and Santa Maria Navarrese.

This long, entirely preserved coast can be visited only from the sea or on foot. It is dotted with magnificent beaches moulded by streams which head to the turquoise blue sea, and which took million of years to dig steep and winding paths better known as “codule”. How we could forget to mention the beaches of Cala Fuili, Cala Luna, Cala Sisine, Biriola, Mariolu, Goloritzé.

Another particularly well preserved coast is the volcanic one between Alghero and Bosa. 40 km of uninhabited coast, dotted with a few nuraghes, Spanish towers and several shelters for animals: sheep, goats and cows that graze in the wild. Besides, here nest the griffons which can often be seen gliding on the promontory of Capo Marrargiu.

S.Pietro and S. Antioco, two beautiful islands located in the South West are also formed by volcanic trachyte. The most famous and celebrated coasts are the granite ones spotted with beaches and tiny islands. In the south east of Sardinia, in the territory between Cagliari and Capo Ferrato, are the coasts of Villa Simius and Costa Rej, Capo Carbonara and the island Serpentara together with many wonderful beaches.

Going westwards from Cagliari you must not miss the wonderful beach of Chia. From there carry on towards the Costa del Sud between Capo Spartivento and CapoTeulada to admire the island Tuaredda with its beach by the same name and from Capo Malfatano enjoy a panoramic view of all the other beaches.
We now head to the North East, to Gallura, undoubtedly the most beautiful coastal territory of Sardinia. Dedalo tour guides will introduce you to the most famous destinations by car and enable you to discover on foot the most hidden and secret spots. Going East from Badesi, granite becomes porphyritic, mostly from Isola Rossa up to Costa Paradiso through the enchanting beaches of Cala Rossa and Li Cossi.

More to the East, towards Santa Teresa, the beaches sheltered by the promontory of Monti Ruju stand out for their beauty. Further on Cala Pischina and Rena Majori up to Capo Testa peninsula, set in front of the Bonifacio Strait with its large blocks of granite shaped by the winds. It is the Valle della Luna that inspired Henry Moore for his sinuous sculpures. Farther eastwards, near Palau, La Maddalena National park, one of the most beautiful archipelagoes in the world, surrounded by a sea of all shades of blue up to the colour of emeralds.

How could we forget Cala Coticcio in Caprera, Cala Corsara and Cala Granara on the island of Spargi, the Pink beach on Budelli island or Porto Madonna, a piece of turquoise sea enclosed by the islands of Budelli, Santa Maria and Razzoli, with its lily-white Spiaggia del Cavaliere.

Beauty does not end here but continues in Costa Smeralda with 55 km of coast exploited by Aga Khan. Tourist pressure does not affect much the clearness and beauty of the sea during the months of July and August. The sea regains its beauty during the other months of the year thanks to currents and a strong North West wind (known as Maestrale) that sweep away all impurities and give oxygen to the waters. Going South from Olbia, after the wild promontory of Capo Ceraso we reach Coda Cavallo that stretches towards the islands of Tavolara and Molara, the heart of the homonymous natural sea park. From here in the distance we can see the beaches of Brandinchi and Lu Impostu and from there carry on to S. Teodoro and reach the fantastic beach of La Cinta.

We have 69 guests and no members online